There aren’t too many things that make us happier than announcing a new partnership! Levitt & Quinn is proud to team up with (SWLAA) to support our shared goal of increasing the commitment to public service within the legal profession. Launching the pilot “Domestic Violence Advocacy Initiative” funded by the SWLAA, recent Southwestern Law School Bar admittee fellows will develop practical lawyering skills at Levitt & Quinn as they work with us to increase the availability of free direct family law legal help to survivors of domestic violence.

Recent Southwestern Bar admittees can make a real difference in the lives of domestic violence survivors while receiving hands-on mentoring by experienced attorneys. The 6-month fellowship comes with a $3,000 monthly stipend. Learn about applying here.

Levitt & Quinn proudly partnered with Jenesse Center, Inc. at Jenesse’s South LA location to hold the first ever “Unite for Families” clinic as part of our joint Family Law Legal Project. Levitt & Quinn attorneys, Jenesse staff, and volunteers engaged one-on-one with participants to educate families about their rights and responsibilities, as well as identify the steps necessary to move their family law cases forward. These clinics will provide free private consultations on a quarterly basis. Press release available here.

“We are so happy to have Ana on board,” said Levitt & Quinn Board President Dinah Ruch. “Next year we will celebrate the 35th anniversary of Levitt and Quinn. Ana has the experience and commitment to lead us forward as we provide services for those in need.”

Prior to accepting her new role at Levitt & Quinn, Ms. Storey joined LAFLA as a staff attorney in 2000, litigating custody and civil domestic violence cases. In her 15 years with LAFLA, Ms. Storey rose to serve as the Directing Attorney of the Family Law Unit, then Managing Attorney of Family Law, Consumer Law, and sharing responsibility for the Self-Help Legal Access Centers, and finally as a Director. Ms. Storey has worked closely with other legal services providers, private bar attorneys, and the bench, to increase services to low-income litigants and to educate the community about their rights and responsibilities. The Legal Aid Association of California recognized her in 2010 with their Family Law Award in Direct Representation. Ms. Storey has written on a variety of issues, including effective management practices, contested probate guardianship matters, protecting undocumented immigrants from abuse and notario fraud.

Ms. Storey serves on the Loyola Law School’s Alumni Association Board of Governors and on the steering committee for the Los Angeles County Bar Association’s High School Mentoring Program at Washington Prep High School Law Academy. Ms. Storey is a former member of the California State Bar’s Family Law Executive Committee, where she chaired the Affirmative/Developing Legislation Committee. She is a former president of the Latina Lawyers Bar Association and remains actively involved with the organization, and is a former chair of the Los Angeles County Domestic Violence Council’s Systems Improvement Committee.

“I have had the privilege of working with Levitt & Quinn and the phenomenal staff in a variety of ways over many years,” said Ms. Storey. “I am excited to join an organization that focuses on stabilizing families to create environments where children can thrive. I look forward to working with the staff, Board of Directors, and volunteers to develop and grow the organization for the community’s benefit.”

A Special Thank You to Our Supporters 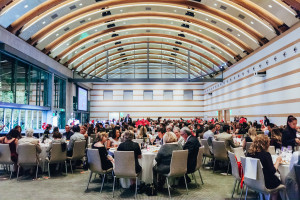 On September 12, 2015, Levitt & Quinn Family Law Center–along with four hundred family and civil law attorneys, business people and community leaders–celebrated standing for justice in the most well-attended Levitt & Quinn gala to date. Honorees Mike Feuer, Judge Dianna Gould-Saltman, and Venable LLP accepted awards which recognized their own commitments to justice and spoke eloquently in support of Levitt & Quinn’s cause.

Thank you to everyone who participated in the event, whether you bid in the auction, made a pledge during dinner, or showed up to volunteer. These moments of engagement continue to make the work that Levitt & Quinn has been doing for over 34 years possible. We are humbled by the generosity of our supporters and energized  by your enthusiasm. We look forward to continuing to provide quality free and affordable legal representation to the families and children in our communities.

If you were not able to attend the dinner Saturday night, you can still support our work by making a donation today. Please visit https://levittquinn.org/donate/

Your support changes lives. Thank you. 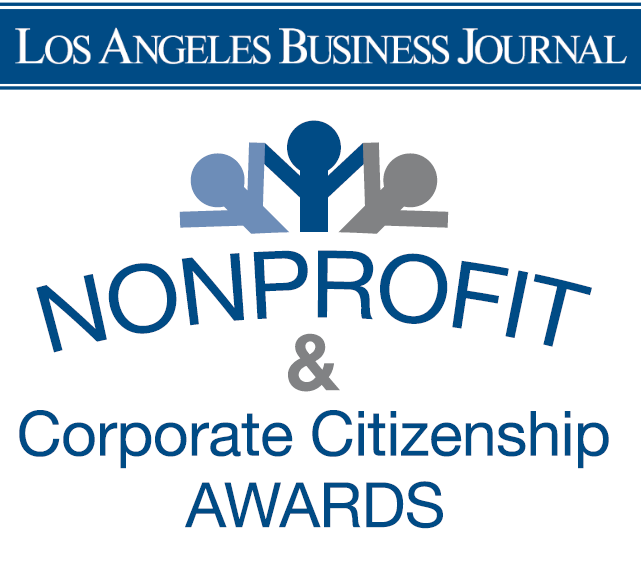 Levitt & Quinn was nominated by the Los Angeles Business Journal’s Nonprofit & Corporate Citizenship Awards program as an “Organization of the Year.” The award recognizes nonprofits who demonstrate mission impact in the community, organizational excellence in management and operations, and innovation in building a sustainable organization. “It is an honor to be recognized for our work,” said Tai Glenn, Executive Director. Read the official press release here.

Longtime Levitt & Quinn board member Joseph M. Quinn has been appointed to a judgeship in the San Francisco Superior Court. Judge Quinn is the grandson of Levitt & Quinn co-founder Grace Quinn and served on Levitt and Quinn Family Law Center’s board from 2007 until the time of his appointment.

Upon his resignation following his appointment, Judge Quinn said, “Levitt and Quinn provides essential legal services to underserved communities across Southern California and should serve as a model all over California, all over the country.  I’m proud of my grandmother’s contribution to this important organization. And I’m proud of my service to, and affiliation with, L&Q. My experience as a director has been gratifying and inspiring.”

Leading Marketing and Development Strategist Joins Board of Directors

Levitt & Quinn Family Law Center is pleased to welcome Don Skeoch to the Board of Directors. Mr. Skeoch is currently the Chief Marketing Officer for the Los Angeles Tourism & Convention Board (L.A. Tourism), the organization responsible for marketing and promoting Los Angeles as a top global destination for leisure and business travel. Prior to that, he oversaw the construction and opening of the California Academy of Sciences in San Francisco, and has held marketing leadership roles for Baskin-Robbins, Dunkin’ Donuts, and Togos, as well as Director of Regional Marketing for the Pepsi-Cola Company. He is renowned both nationally and internationally as a global brand marketer and strategist. “We are incredibly fortunate to have Mr. Skeoch lend his vision and expertise in marketing and development to help Levitt & Quinn continue to grow its role in the community,” said Executive Director Tai Glenn.

The award honors projects that meet the needs of moderate income folks by providing affordable legal information, services and representation. Thank you to everyone who voted for Levitt & Quinn! 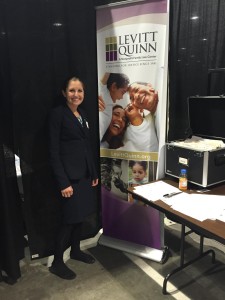 Levitt & Quinn’s Equal Justice Fellow Becky Miller joined a coalition of volunteers, nonprofits and government agencies over the weekend to participate in U.S. Vets’ annual “Stand Down” event, which provided a variety of health and social services to thousands of Los Angeles’ homeless veterans. Levitt & Quinn stood for justice by performing intake and providing counsel and advice in family law matters. Find news coverage of the event here.

Levitt & Quinn Volunteer Featured by WLALA
Volunteers have long been an important part of Levitt & Quinn’s work. Megha Bhatt, who spent the summer at Levitt & Quinn as an Americorps volunteer, wrote an article for the Women Lawyers Association of Los Angeles in which she describes her experiences volunteering.

Levitt & Quinn Named a Top-Rated Nonprofit!
Click here to learn more, read reviews, and write a review of your own. GreatNonprofits is a place to find trustworthy nonprofits, and its mission is to inspire and inform donors and volunteers, enable nonprofits to show their impact, and promote greater feedback and transparency. Levitt & Quinn is proud to be recognized by GreatNonprofits as among the best.

2014 Gala: Together, We Stood For Justice
On September 27th, Levitt & Quinn supporters came together to celebrate Standing for Justice, honoring Dan Jaffe and Bruce Clemens, Amy Elaine Wakeland and City National Bank.  The event raised over $325,000, which will make it possible for Levitt & Quinn attorneys to stand next to hundreds of families in court. Learn more here.

This year’s Stand For Justice Gala featured live and silent auctions, and we had more exciting auction items than ever before! You can view the Auction Preview Book here.

Levitt & Quinn is proud to co-sponsor the San Fernando Valley Bar Association‘s Family Law Advocacy Training. The series kicks off at the Sportsmen’s Lodge on September 29, 2014. Join Attorney Peter Walzer as he moderates a panel of expert family law attorneys and judicial officers including Hon. Robert Schnider (Ret.) and attorney William Ryden on the topic of Motions.

Levitt & Quinn’s AmeriCorps Legal Fellow Rebecca Miller was recently interviewed by Equal Justice Works on the topic of her work with veterans. Read the interview and learn more about Rebecca’s inspirational work at Levitt & Quinn!

Levitt & Quinn along with other pro bono leaders from nonprofit legal organizations and law firms came together to develop the idea of a “California Pro Bono Best Practices Guide,” a comprehensive “how to” manual for legal services providers and law firms on collaborating to develop and administer the best possible pro bono projects. The guide was published in April and can be found here.

Thank you to everyone who joined us at City Hall on Friday to celebrate the Levitt & Quinn and Stand Up For Gus Foundation partnership to provide free legal representation to parents seeking to be a part of their children’s lives.  Special thanks to Jason Patric and his supporters, who presented Levitt & Quinn Family Law Center with a $100,000 donation from the Stand Up For Gus Foundation.

Levitt & Quinn Weighs In on the State of Divorce Board Member Alexandra Leichter and Executive Director Tai Glenn appear on Mayhem Media with Allison Weiner.

Levitt & Quinn Welcomes New Additions to its Board of Directors

2013 Stand For Justice Gala featured in the Daily Journal

September 27, 2014 | Skirball Cultural Center Special thanks to Levitt & Quinn supporters and honorees. Photos of the event are available here.

Wednesday, May 7th, 2014 A special thank you to everyone who came out to support Shop for A Cause at the Tory Burch store on Rodeo drive! We sincerely appreciate the generosity of Tory Burch, her staff and all those who participated. Photos available on the Levitt & Quinn Facebook page here.

September 7, 2013 | Skirball Cultural Center A special thanks to Levitt & Quinn supporters and honorees. Photos of the event are available here.

Toyota Financial Services made a substantial donation of more than $129,000 to Levitt & Quinn in 2011. Toyota greatly increased its support of adoption legal services by increasing its 2010 gift from $15,000 to $30,000 in 2011. “These are extraordinary gifts,” commented Board President Dinah C. Ruch. “These important donations will ensure the law firm’s future ability to continue to serve the family law needs of low-income families.” The majority of the adoption cases Levitt & Quinn handles are intrafamily adoptions in which one member of a family adopts another because the child’s birth parent(s) are unable or unwilling to care for the child. An intrafamily adoption provides the child with a safe home and a connection to their biological family. In 2011, Levitt & Quinn assisted in the creation of more than 100 new families through adoption. Toyota’s contribution to the Adoption Program will underwrite assistance to more than twenty more families. Katherine Adkins, Vice President of Toyota Financial Services and a member of Levitt & Quinn’s Board of Directors said, “I am confident that Toyota’s contribution will help to change the lives of many children. Toyota is pleased to be able to support Levitt & Quinn’s great work representing low income families.”